Let's face it, we all want to look our very best. It's nice to feel glamorous and attractive when we step out to enjoy ourselves. Well, now there's a product that can really give us a boost toward achieving that fabulous look that we all desire! Our handmade Magnetic Eyelashes are not only beautiful, they're super easy to use and they're reusable! That's right! You can use them over and over again! They're perfect for anyone with sensitive eyes and they're cruelty-free. They apply instantly without all that sticky, clumsy glue that can be so irritating on the eyes. The Magnetic Eyelashes are light as a feather and so comfortable you'll forget you have them on! Best of all, no one will know you're secret! They'll just think that your lashes are long, lush and lovely! This newly launched magnetic technology ensures that your lashes stay where they belong, flawlessly!False Eyelash Type: Full Strip LashesQuantity: 1 Pair of Magnetic False EyelashesFalse Eyelash Material: Synthetic Hair
Manufacturing Process: Hand Made
Quantity: 3 pairs
Gender: Unisex 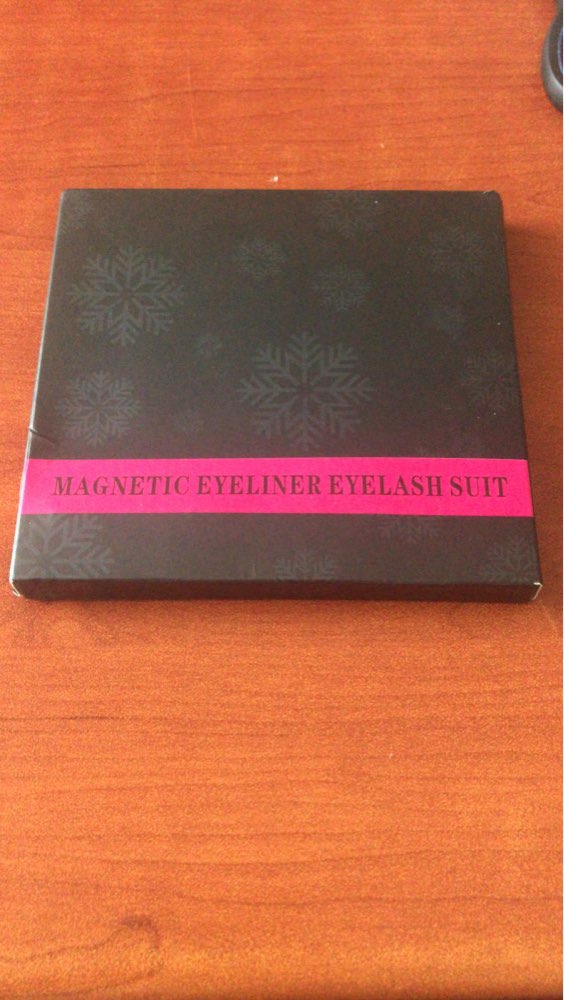 Great product. Beautiful cilia. Liquid eyeliner, not dried. Everything is magnetized and well held. For my eyes I cut one cilia in half and glue on the arrows at the outer edge of the eye. It turns out the Fox look and cilia is better to stick on the eyeliner.

Good. The lashes are a little longer and thicker then they are in the picture but they are still nice

Fast delivery Well, was waiting anxiously for products and now that it’s here... I’m disappointed!!! Not one out of the four sets I bought but ALL four sets didn’t work. Not sure if it’s the liquid liner, the magnetic lashes OR both but not a single set of lashes stuck... I went through ALL set of lashes in each package X4, none of them worked!!! The packages were all smooshed but that didn’t matter to me, I just wanted to finally try them out since I read soo many reviews and took the chance... bummed and was a waste of money because I can’t use them at all X4!!!

I recommend it! It takes quite a while to arrive.